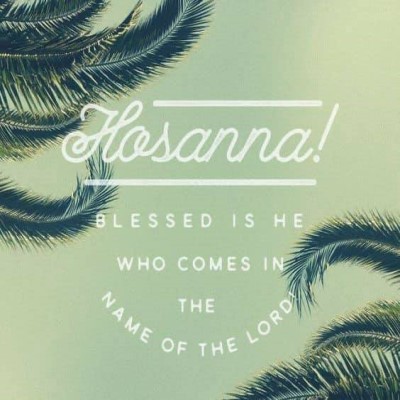 Today I would like to share with you Matthew 21:9, 12-15, “Then the multitudes who went before and those who followed cried out, saying: ‘Hosanna to the Son of David! Blessed is He who comes in the name of the Lord! Hosanna in the highest!’ Then Jesus went into the temple of God and drove out all those who bought and sold in the temple, and overturned the tables of the money changers and the seats of those who sold doves. And He said to them, ‘It is written, ‘My house shall be called a house of prayer,’ but you have made it a ‘den of thieves.’ Then the blind and the lame came to Him in the temple, and He healed them. But when the chief priests and scribes saw the wonderful things that He did, and the children crying out in the temple and saying, ‘Hosanna to the Son of David!’ they were indignant.” The temple politics corrupted the priesthood in ministering to the Lord and worshiping Him. They were corrupted to the point they could not even help anybody who was in need. Jesus cleans out the temple and immediately the blind and the lame show up to be healed. When this happens the leadership of the temple become angry instead of rejoicing. Are you finding that church politics are getting in the way of ministering to people? Have churches become so fixated on appearances they forgot there is a world of broken people?

A New Way to Shop & Give

AmazonSmile is a simple and automatic way for you to support The Anchor Ocenaside every time you shop, at no cost to you.

When you shop at smile.amazon.com, you’ll find the exact same low prices, vast selection and convenient shopping experience as Amazon.com, with the added bonus that Amazon will donate a portion of the purchase price when you select to donate to The Anchor (CBMC Inc) .

Update Personal Details
Your ticket for

Use the secure form below: